Blessed with abundant natural beauty, this union territory of India attracts thousands of tourists every year from all over the world. Situated in the western corner of the country, Dadra and Nagar Haveli has a culture where more than half the population belongs to various tribal groups such as Koli, Konkana, Varlies, Dhodia, Naika, Kathodi and Dublas.

Even though most of the population belongs to tribal groups, who follow their local deities, Hinduism is the main religion that is followed by the people residing over here. Besides Hinduism, other religions like Christianity and Islam are also actively followed by the people over here. Therefore, Dadar and Nagar Haveli has several temples, mosques and churches in the union territory.

Here are some popular religious sites in Dadar and Nagar Haveli that one must visit:

Also known as Tadkeshwara Temple among the locals, Bindrabin Temple is located on the banks of Sakartod River in Dadar and Nagar Haveli. Devoted to Lord Shiva, the temple is situated about 18 kilometers from the capital city of Silvassa and around 2 kilometers from Khanvel. 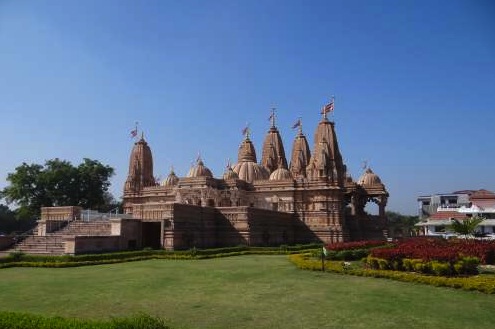 Surrounded by lush greenery and a peaceful environment, this renowned historic temple is one of the most popular religious spots in Dadar and Nagar Haveli. It is visited by thousands of devotees every year. Since there are not many lodging facilities around the temple, the tourism department of Silvassa has made several arrangements in the form of cottages, restaurants and a recreational area for the comfort of the tourists. The temple is open every day from 6:30 am to 7 pm.

Located in the capital city of Silvassa, Tirupati Balaji Temple is another popular religious site in Dadar and Nagar Haveli. Dedicated to Lord Venkateshwara, the temple is known for its unique charm and beautiful location.

Located on the banks of River Daman Ganga in Silvassa, Swaminarayan Temple is one of the most beautiful temples in Dadar and Nagar Haveli. The temple is especially very popular among Gujrati devotees and the architecture and structure of the temple is exactly similar to the Swami Narayan Akshardham in Gandhinagar, Gujarat. 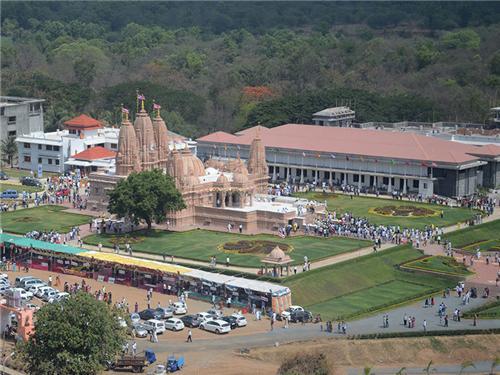 Surrounded by immense natural beauty and lush greenery, the complex of the temple is considerably new with a massive temple building bounded by beautiful green lawns. Dedicated to Lord Swaminarayan, the actual Mandir is constructed out of a special pink colored marble with no cement or steel used in building the temple.

The walls of the temple are decorated with beautiful art works and statues of famous Indian saints. Known for its magnificent architecture, the exterior of the temple consists of huge domes with beautiful flowers carved on them. Right next to the temple, one can view the mighty Daman Ganga River flowing, which adds to the beauty of the temple.

Church of Our Lady of Piety 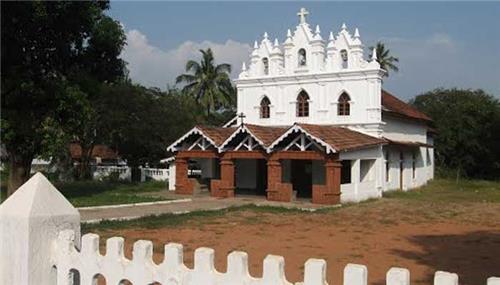 Constructed by the Portuguese, Church of Our Lady of Piety is one of the most ancient churches in Khanvel city of Dadra and Nagar Haveli. Known for its glorious history and beautiful architecture, Church of Our Lady of Piety consists of a striking archway in both the external and internal areas of the church. Located just opposite to the Tribal Museum, the church is visited by both tourists and devotees.
7715