History of Dadra and Nagar Haveli 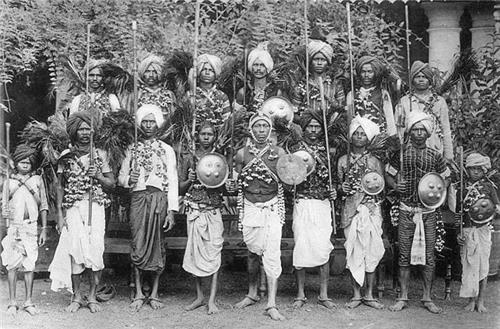 An photo showing the clan members from Koli tribes / Webworldismyoyster
In the late 18th Century, the Marathas had to cede Dadra and Nagar Haveli to Portuguese. It had to be done as a compensation for the Portuguese vessel that the navy of Marathas had destroyed. After annexing Nagar Haveli, Portuguese also acquired Dadra within two years. In 1947, when India got independence, there were pressures from Indian Nationalists and Portuguese had to leave Dadra and Nagar Haveli in the year 1954. In 1961, it became a part of Indian republic and was announced to be a Union Territory. It is now an important part of India and a thriving tourist destination owing to its natural scenic beauty.

Geography of Dadra and Nagar Haveli 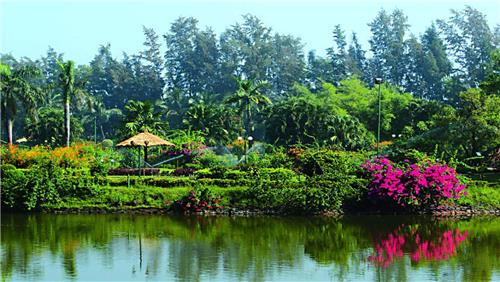 A park surrounded with greenery / ExcitingIndia
The total area of Dadra and Nagar Haveli is 491 square kilometres and is bordered by Gujarat in the north and Maharashtra in the south. Towards the northeastern side of Dadra and Nagar Haveli the presence of the Western Ghats makes the terrain a little hilly but in the central part the land is mostly plain and is very fertile

There are two separate geographical parts of the Union territory which are Dadra and Nagar Haveli. Lying near the Western coast of India between latitude 20º – 0’ and 20º – 25 N and longitude 72º – 50’ and 73º – 15’ E. Valsad District of Gujarat lies on the Western, northern and Eastern side of the UT and by Thane District in the south and a South East direction. 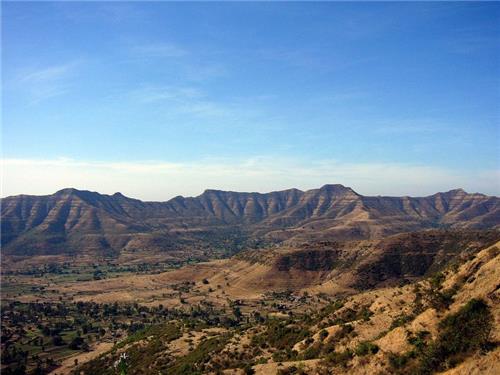 Plant and Animal Life of Dadra and Nagar Haveli 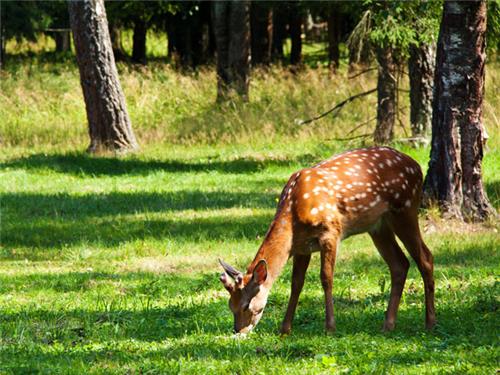 A deer grazing at a wildlife sanctuary of Dadra and Nagar Haveli / Makemytrip
The geographical area of the union territory Dadra & Nagar Haveli has an extensive forests cover which is in tune of 20852 hectares. A rare variety of trees, and species of herbs and shrubs constitute the flora found in Dadra and Nagar Haveli. Maintenance of ecological balance and rehabilitation of depleted flora and fauna has been the priority of the forest department here.

Sadra, Khair, Teak and Sisam trees are commonly found in the area and make the flora of the area quite rich. Some of the forests present in Dadra and Nagar Haveli are impenetrable while few are navigable. As many as 58 villages where the tribes reside are found in these forests which are less dense and navigable. The residents of these villages are self-sufficient and the forests are the only source of their food and fodder for the animals. The economic resources that are found in these forests are very important and find extensive usage in cottage and small industry. These industries have been established in these regions to uplift the standard of living of the tribes and bring them in the main stream. However, tapping these resources by no means damage the forests.

The verdant forests of the area are home to a diversity of flora and fauna. Those forests which are home to endangered species have been declared as sanctuaries to protect these species from getting extinct. The rich and nourishing climate and vegetation of the region also make it home to a rich fauna.  The biodiversity makes the place congenial for birds, various mammals and other species.

Climate of Dadra and Nagar Haveli

The climate of Dadra and Nagar Haveli is moderate where summers are usually hot and the temperature can rise up to mid 30 Deg. Cel. in the month of May and June. The average annual rainfall in the region is approximately 120 inches. Most of the downpour occurs in the monsoon month of July to September. The most pleasant climate which is best suited for tourism is from November to March. As the territory enjoys the closeness to the seas, the temperatures does not sore to the point of being intolerable and the evening breeze makes the weather at night quite pleasant. The southwest monsoon visits the UT in July to September when the rainfall can be up to 200 meters.  During the month of March to November, the temperature is in the range of 15 degree cel. to 26 degrees. 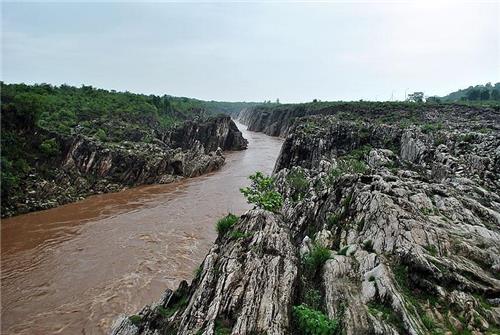 The Damanganga river rises in the Western Ghat region of Maharashtra and crosses through Dadra and Nagar Haveli, finally emptying itself in the waters of the Arabian Sea around the port of Daman. The River Bhagwan river flows along the Northern border of the Union territory and down south flows the Kalem River. The northern boundary, and the Kalem river running along the southern boundary. The Damanganga flows majestically in the central part of it. The Madhuban reservoir is fed 83.33 Cubic mm of water by this river.

Along their undulating course, these rivers of Dadra and Nagar Haveli give rise to various waterfronts, falls and streams that make for picturesque locations enjoyed by the tourists. One of such waterfront at Dudhni near Khanvel is being developed as a thriving tourist destination where many water sports and other activities are being organized to promote tourism. The landscape formed at these spots are indeed very romantic and beautiful  Trekking trails are also developed along the path of a river for the tourists.


Economy of Dadra and Nagar Haveli 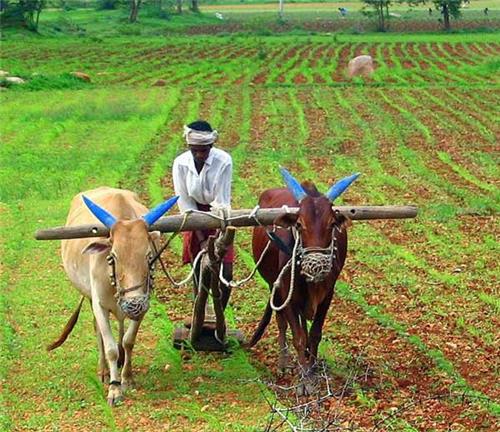 Economy of Dadra and Nagar Haveli is primarily dependent on Agriculture and Tourism. Agriculture is considered as the economic activity that contributes most to the economy. The crops that are cultivated here include paddy which is sown in the 2/5th part of the agricultural land. Other food crops that are sown here are Ragi and small millets. Agriculture provides employment to approximately 60% of the people who work.

As the forests of Dadra and Nagar Haveli has plenty of economic resources, local residents also work as forest labourers. They also work there as guards to stop poaching and other illegal activities like cutting of trees. People also open Animal husbandry as the animals get a lot of green pastures here. These husbandries are a great contributor to the economy, which is aimed towards development of the area.

Tourism is another contributor to the economy as the natural beauty of the Union territory attracts many from India as well as from across the globe. The government is also developing many waterfronts as a tourist spot for promotion of tourism.